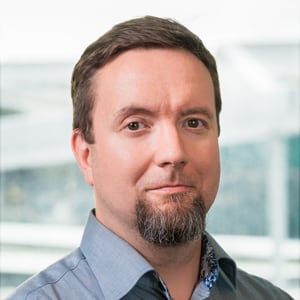 I’ve noticed that talking about video interviews provoke feelings. Every now and then on social media you will find discussions about recorded video interviews. Many people are pro video interviews, but there are also people who are not. And often there are certain myths that persistently come up time after time. I would like to discuss and debunk some of them:

1. The candidates may not suitable devices for answering

Of course there is a *slight* possibility that an interested candidate does not have either a webcam nor a smartphone. But most likely they still have a person in the family or in the close social circle who does have one and maybe they can borrow it to conduct the interview, or go to a library. And if not? Well then the candidate can send you an email and explain the situation.

2. Video interviews will drive off my candidates

The remaining 13% are not only the people who did not want to participate in the interview, but the people who had whatever reason not to answer. For example they just weren’t that interested in the first place, or they might’ve already accepted another job, or some completely different reason. Would you hire a person who is not motivated enough to leave a few short video answers?

It is true that at the moment the largest age group of video interview candidates is 18 to 24 year olds with 29%, but that can well be because it's a self-fulfilling belief. Also, video interviews are often used with positions that have large candidate pools, for example summer jobs or graduate recruiting, where most often people fall into the aforementioned age group.

So we can't really conclude whether or not older candidates are less prone to answer video interviews. From experience I can tell that there hasn't been any evidence towards this kind of behaviour.

It’s true that some people do not answer video interviews. What ever the reason is behind that, a motivated job seeker will answer the video interview. Just as they write their cover letter or come to a personal interview. It’s a rather harsh generalization to say that people with a certain background, education or profession would have the same personality or take on video interviews.

We have clients who hire construction workers and programmers with video interview and we haven't heard complaints.

Don't believe me?  Check out our References page!

This myth is only true if you on average have less than 10 job candidates per position. Many companies have more applicants per positions than 10, that's why one of the main reasons to use recorded video interviews is to decrease the workload of the recruitment process. Our clients have estimated that video interview saves about 50% of the total time spent on the recruitment process. That's a lot of time.

Today’s work life requires people to adapt to new concepts and technologies. And recorded video interview appears to be one of those. It’s good to remember that everyone has their own prejudices and beliefs, but when examining the big picture the data and experiences tell the real story.

Do you want to know what 30 000+ candidates thought about video interview? Click here to download our latest Candidate Survey.