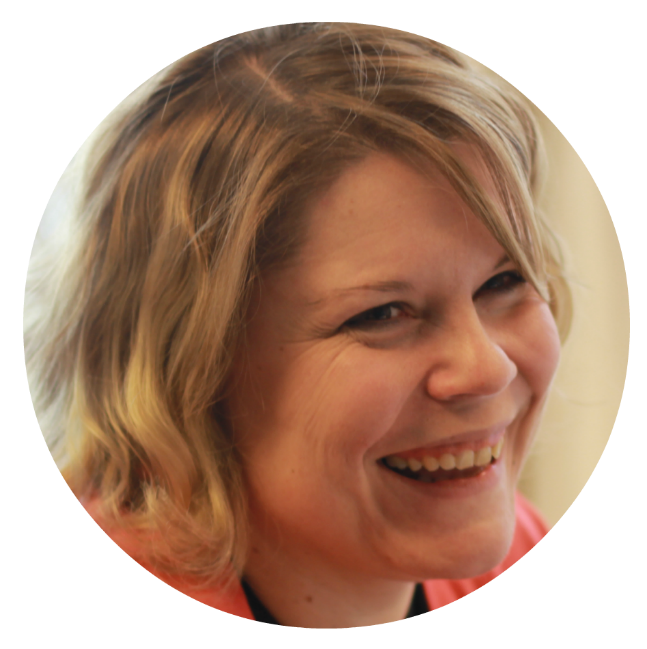 "Bring out your own personality": A candidate's perspective on video interviewing

"Both sides felt that the impression received from the video matched real-life impression as well."

This is a story of how our Marketing Lead Saara (@ssaalamo) ended up at RecRight. During the application process, she participated in a pre-recorded video interview, and later was invited to a face-to-face interview. We hope this story will teach other candidates some useful tips for their video interview, and will serve as food for thought for recruiters and companies. Without further ado, Saara, take it from here!

If someone had asked me couple of months ago about video interviewing, I would have automatically thought about interviewing via Skype – my friend had recently got a job from a foreign betting company and Skype interview was a part of that recruitment process. Personally my previous experiences of applying for a job included only two stages; sending a written application followed with a personal interview, if your application made it through the first round. Then you simply just waited for the phone call or e-mail from the company, hoping that they picked you for the open position.

This past June I was reading open job advertisements, and spotted a very interesting advertisement about an open position. The ad mentioned that video interviewing will be used in the second round of the recruiting process. I didn’t think about the possible video interview too much yet – first things first, I still had to make it thought the first round in order to be invited for the video interview. I grabbed my phone and called the number found in the ad, since I wanted to check out couple of things regarding the open position and its tasks.

The phone conversation was very relaxed, and after I got the information I wanted, I started typing my application. I sent the application with my resume during the same day via e-mail. I received a reply shortly afterwards, where I was being thanked for sending my application and for my interest towards the open position. I also got the impression from the e-mail, that I would probably receive an invitation to a video interview next week. Great, I thought – apparently I had made some kind of impression, and previously I had been pretty successful in interview situations.

The second round of the recruiting process: writing assignments and video interviewing

Following Wednesday I found an invitation e-mail from my inbox, and since the open position would involve lot of writing, the employer wanted two writing assignments besides the video replies. It was the week before Midsummer, and I had already made plans to travel during the holiday, so therefore I decided to complete the writing assignments right away. ”The video interview will require more time and preparation, so I will deal with it after Midsummer” I thought. However, I decided to view the video questions quickly through, and it could be done easily by just clicking the link in the e-mail.

While I was reading the instructions for given writing assignments, I decided to read the invitation e-mail (for the video interview) one more time. And luckily I decided to do that, since I noticed something ”quite” important regarding the video interview. The deadline for the replies was on Monday night, and I was going to be away from Thursday to Sunday (or even till Monday). I was left with no options, I had to record my video replies that very same day.

Questions started popping up in my head. How can I make a good impression with my video replies in such a short time? What should I wear? Should I try to be as official as possible, or aim for more relaxed delivery? What about lighting and background – do I need to clean my room before recording? What if I experience some technical problems while recording?

However, I had no time to waste, so after completing the writing assignments I started preparing for recording my video replies. I checked my hair for the one last time, and then started recording a test video. When I played the video, I realized that my electric guitar with a beer logo attached to it might not be the best possible choice for background. So I moved the guitar away, and ensured the room was bright enough for recording. I wasn’t too worried about my clothes, I decided that a tidy dress shirt will do just fine.

I watched carefully the interviewer’s video questions for a few times, and wrote down some keywords for my replies. I didn’t see the point in writing full answers down, so I decided to stick with just keywords. All was set for recording my replies, just one more decision to make – should I think the answers through beforehand, or just start recording and rely on my skills and creativity?

Since the clock was already approaching midnight, I decided to start recording my answers and see how it would feel. I greeted, introduced myself, mentioned the position what I was applying for, and then answered the interviewer’s question. After viewing my reply, I was surprised – I felt easy and relaxed while recording the video, and after playing it I was happy with the result. So I moved on. The second question required a longer answer, and I stumbled a bit with my answers. Therefore I deleted my video couple of times, and re-recorded it. It was very easy and I was happy that I was allowed to record as many takes as I wanted, sending only the best ones to the interviewer. Answering the next couple of questions followed the same pattern. Using a list of keywords helped me to remember the themes and topics I wanted to highlight in my answers, but basically I just started recording and talking to the camera ”on the go”. 40 minutes past midnight I was done with answering.

Invitation to a face-to-face interview

The next day I was up way before my alarm clock went off, since I was promised to get a phone call informing me about the employer’s decision regarding the open position. I was very excited to hear what the decision was, and instead of sleeping I ended up constantly checking out my phone. Finally, before noon I received a phone call informing me that I was chosen for the open position.

From the first phone call to signing my name on the contract, the whole recruiting process took less than two weeks, and that included a holiday weekend. Recording the actual interview took roughly one hour, although I heard later on that my answers were longer than necessary – video interview is not an exam, most important thing is to simply bring out your own personality. Even though my schedule was very tight for recording my answers, my experiences about video interviewing as a method are very positive and I don’t think my answers would have improved at all (probably the opposite, since they were already longer than needed) if I would have had more time to prepare them. I would absolutely recommend candidates to take part in video interviews – that is how I personally ended up at RecRight.

Want to read what other candidates think of video interviewing as a part of the recruitment process? Then you might want to download this free eBook: